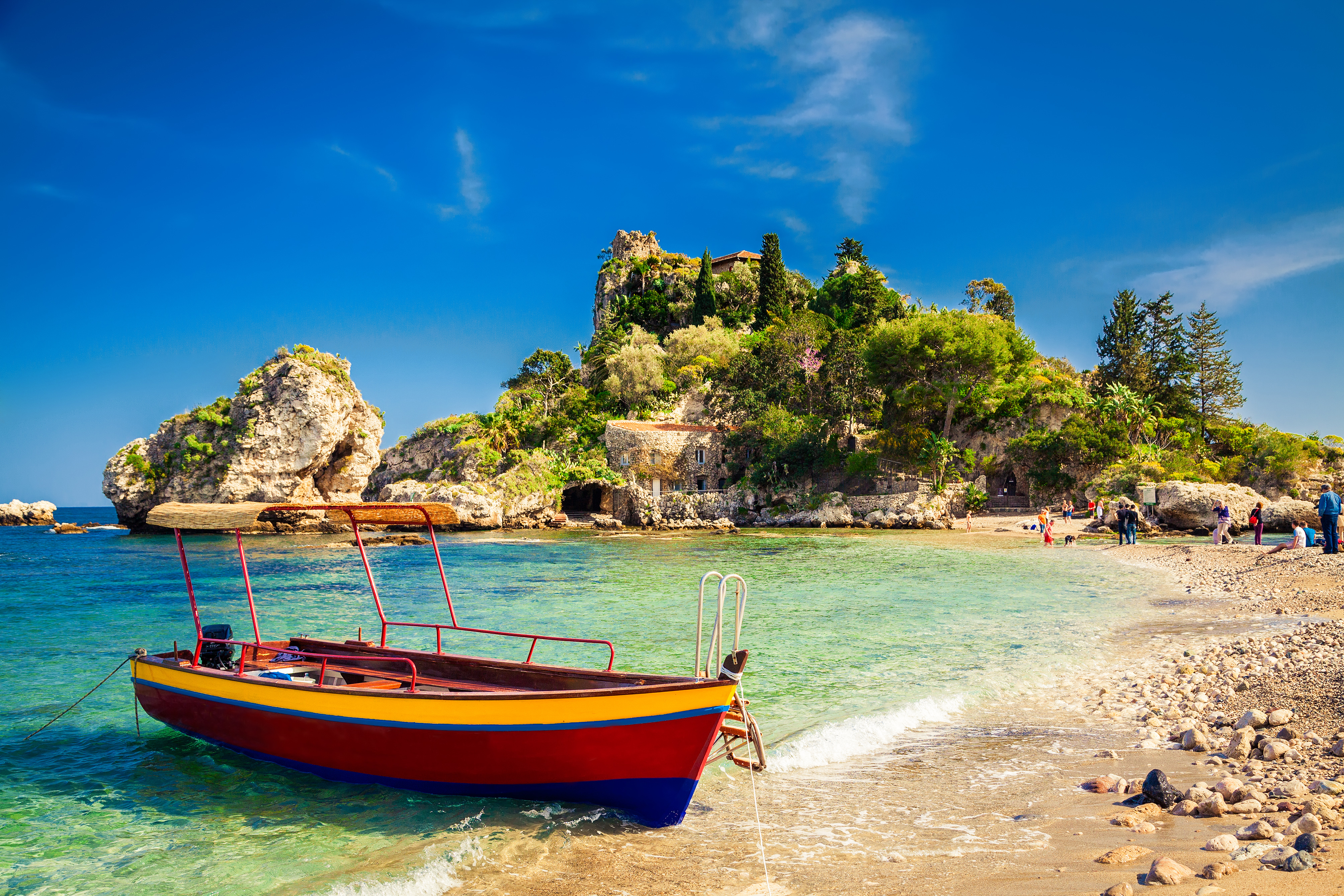 From a geographical point of view, Sicily is actually closer to Africa than to the Italian capital of Rome. In fact, Sicily has got most annual sun hours in Europe. The climate is Mediterranean, with hot summers and wet winters. Even if the winter rains can be annoying, it is thanks to them Sicily is such a green island, in spite of its location (thank alternating jet streams in the Mediterranean for that).

The spring usually starts in March in the coastal areas of Sicily, but the mountainous inland regions need a bit longer. The landscape is still covered in green from the more humid and precipitory winter months but starts turning more beige in May or June. Some people start going to the beach as early as April, but the water is still going to be a bit brisk by then with temperatures ranging 16-18 °C (61-65 °F). During April and May, the wildflowers are in full bloom creating the most colorful season in Sicily – even though also the winter is very green with yellow and red flowers. In the Palermo region, the temperature for this period is a very pleasant 18-22 °C (64-72 °F), making it perfect to explore either the city by foot or take in the surrounding landscape by on a hike.

Would you visit Sicily in the spring or fall, you might experience the Scirocco, the winds originating from the Sahara Desert. These winds can be very strong and contain a great deal of sand. The temperature rises quite dramatically during the Scirocco, and you might feel a certain dizziness from the change of air pressure. They last all from half a day to several days, and the “grand final” is usually a bit of rain. When it has passed, it’s cleaning time. Your car will be all sandy, your terrace, and the sand also find its way into the houses, leaving a fine layer of sand on everything.

During spring, there are still some artichokes being harvested from the winter, but a lot of fruit and berries also starts ripening, such as apricots, peaches, strawberries and the delicious, indigenous fruit called nespole, usually referred to as medlar in English. For more information on what season you find what type of produce, make sure to check out the harvest calendar at the end of the article.

By June, the Sicilian summer is in full swing. The higher temperatures implore you to stay close to the sea if you are in the coastal regions, but the summer is also the perfect time to explore the mountainous Sicilian inland. Smaller mountain towns, in the Caltanissetta region, for example, are usually not as heavily featured in the visitors’ guides. But because of their altitude, they tend to have a very pleasant climate during the summer months, as well as gorgeous views over endless green mountains and valleys. Many of these quaint villages are very well preserved, cleaner and better kept than the larger coastal cities, and are perfect destinations for those who wish to explore Sicilian tradition in a calmer, less exploited environment.

Come August, you will find almost every single Sicilian at the beach. This is when the temperature is at its peak, as well as the Italian vacation season. The holiday of Ferragosto is celebrated on the 15th by barbecuing on the beach all night long. The water temperature in August is usually a warm 26 °C (79 °F), and the air temperature around the Palermo region is about 29 °C (84 °F). If you find yourself in Sicily during this period, you will most likely enjoy cooling off by the sea, or being tucked away high up in a mountain town.

The temperature remains high well into the fall in Sicily, both on land and in the water. Even though the beaches are still frequented, they are much emptier in September than they were in August. The water temperature goes from about 25 °C (77 °F) in September, to around 20 °C (68 °F) in November, making the beach season quite long. In fact, fall in Sicily is quite fabulous! Nice climate, warm sea and you have plenty of space on the beaches.

Autumn is also the biggest season for harvest during the year, and the time of eggplants, tomatoes, olives, grapes & wine and more come upon us. All the vineyard-covered parts of Sicily now turn red with ripe grapes, and the increased precipitation and cooler temperatures ones again turn the island a lovely green, following the drier summer months. 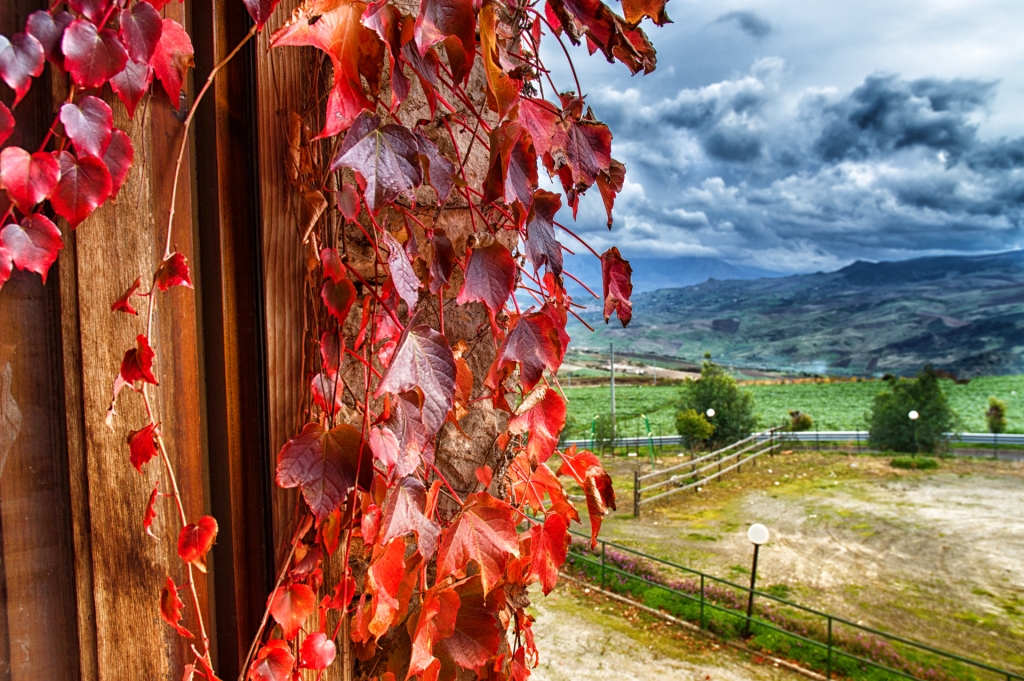 Come December, there can be some snow in the very highest of inland locations, and on Mt. Etna. The coasts are also cooling off a bit, with the Palermo region having an average day temperature of 16 °C (61 °F). January and February are the coldest months of the year, both with an average day temperature of 15°C (59 °F) before warming back up in the spring. These months also have the most precipitation of the year, with an average of 11 days of rain in December, and 10 days for both January and February. This is what gives all of Sicily those beautiful, green landscapes during the winter and spring. If you’re lucky, it is possible to get a few nice 20 °C (68 °F) days during this period.

Winter is the time for artichokes, broccoli, lemons, and oranges, among others. At the end of the season, some regions have festivals for their produce, like the artichoke festival in the town of Cerda. Since import is limited, what you find in the groceries, is what is currently harvested. You live with the seasons and you eat what is locally produced. Just as it should be. 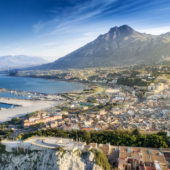 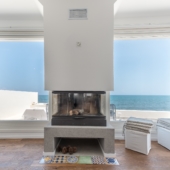